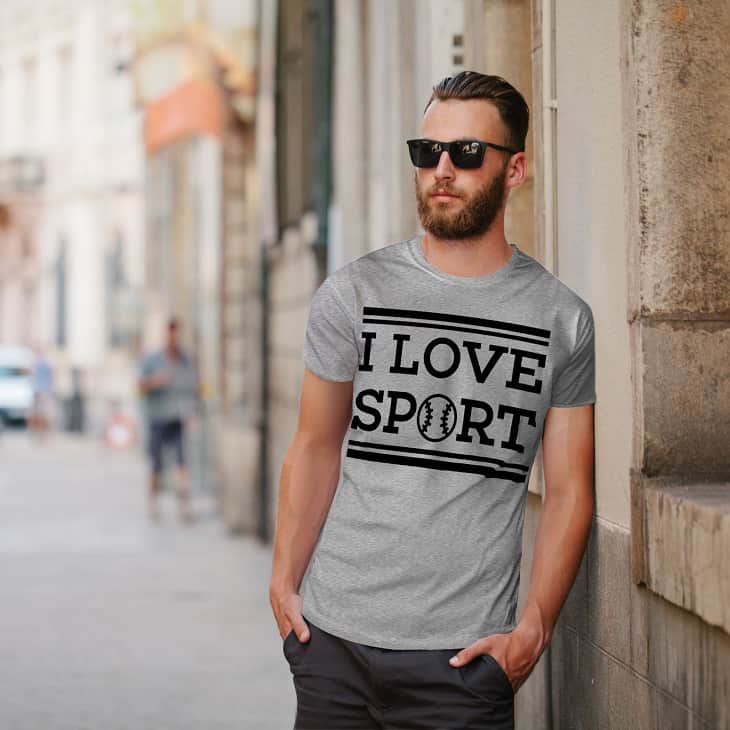 When you think of a typical guy, what do you imagine? Most people immediately think of a male who loves throwing back a few pints of beer with his friends. You’re probably envisioning a guy who loves sports – and especially football. This guy probably enjoys making a wager or two occasionally, whether it’s betting on his favorite football team or putting his money on the line in a game of poker.

What is it that makes men’s brains work the way they do? Is this really your “average guy,” or is it just perception? Do the numbers really bear it out? And if they do, why do guys tend to be so attracted to sports, gambling, beer, and pretty women?

Men and Sports: What’s the Connection?
It’s pretty much universal. The minute a boy is born, his immersion into sports begins. He receives his first football. He enrolls in a local league and practices with his dad. He starts watching matches on TV and plasters his room with posters of his favorite teams and players.

While there are exceptions to every rule, the numbers show that all in all, guys are statistically more likely to love sports than women. A Time magazine article explored this phenomenon, citing numbers that bear out, over and over again, that when it comes to sports, men seem to be predisposed to become fans. Across 37 countries in 2014, researchers found that men were more likely than women to play some type of sport. While women’s sports are gaining in popularity (women’s soccer, in particular), men are still much more likely to play, watch, and enjoy any type of sport.

Scientists aren’t sure why, but they theorize that it could be due to the evolutionary need to prove one’s superiority over competitors for food, shelter, and (naturally) mates. Sports allow men to engage in pre-tend combat, demonstrating their strength and skill to female observers. The article goes on to explain how many of the skills used in sports (running, jumping, throwing) is useful for actual warfare – another factor that makes sports inherently fascinating for men.

Men Love Placing Wagers
What about gambling? Several years ago, the Health Survey for England did some digging into men’s gambling behavior and compared it to that of women. The Guardian published the results, which revealed that in nearly every category of gambling, men outpaced women in the percentages. Overall, 68% of men had actively gambled in the 12 months before the survey was taken, compared to 61% of women. When the researchers excluded participation in the National Lottery from the results, the numbers dropped, but men still outpaced women by 46% to 40%. When the categories were broken down, the percentages of men were higher in every one – from horse races to private betting and sporting events.

It’s also well-known that men love poker. This could be because although it’s a game of chance, it also involves a high level of skill – something that Peter Etchells explored in detail in a 2015 article. This makes it particularly attractive to guys who enjoy watching similar games of skill play out on sporting fields across the world.

Men love other kinds of games of chance, as well, whether they’re visiting sites like MoneyReels to try their hand at the slots or giving it a go at a virtual blackjack table. Some games really are games of chance, and those can take on an almost video game-like feel (another activity that guys simply love). These “video games” come with a plus, however: if you win big, you get a cash payout.

Today’s online casinos have combined two of guys favorite pastimes: card games and pretty ladies. With live dealer video feeds, guys can kick back and flirt it up with any number of attractive female dealers in poker and blackjack games galore.

The Meaning of It All? Mating Season
So what is it that drives guys to think the way they do and like the things they enjoy most? When you put it all together, the answer is obvious: the drive to procreate. Every aspect of a man’s life – and even the unconscious things he loves as hobbies – are all rooted in his need to find a mate.

Think about it: the raging football matches? The slamming and roaring and pounding one’s chest at the scoring of a goal? The proving one’s superiority over a weaker and less skillful opponent? Winning fame, influence, power, and money? All of these things add up to winning a mate – both now and thousands of years ago.

The same lessons apply to poker and gambling. Although there’s (hopefully) no roaring or chest-pounding going on amidst a game of poker, we see a game where the skills of the best player cause the weakest members to get cast out of the group until it’s all narrowed down to one. The most skillful player wins the same things that a sports athlete can win: influence, notoriety, and even money. This is the attraction of all games of chance. Even if a guy professes to be playing them for fun, deep inside, winning gives a boost to his ego that tells him that he’s the superior one in the pack.

At this point, you may still be wondering about the love of beer. It’s all evolutionary too, my friend. Back in the days before most people had clean, running water, drinking water was pretty questionable. Many people drank beer because, quite frankly, it was the only liquid around that was safe to drink. (Plus the obvious: it tastes good and gets you buzzed.) When knights and explorers traveled around to distant lands, they could avoid getting terribly sick by sticking to the ale offered to them by their hosts. (And live to conquer lands afar, which would help them attract a beautiful wife with a hefty dowry…you see where this is all going, right?)

So the next time you think of your average guy, be amazed to know that so many of the factors that come to mind are ancient, programmed mechanisms passed down from their ancestors. If you are an average guy, let this knowledge give you confidence as you game, gamble, and drink merrily!

How to Avoid the Top Five Most Common Landlord Mistakes