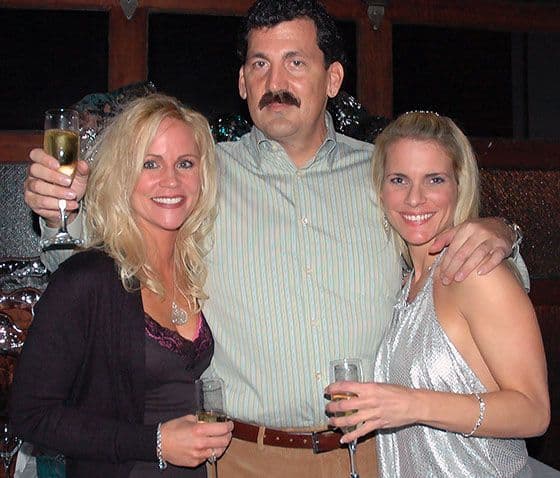 There are millions of men and women out there who are entering, re-entering, and re-to-the-power-of-infinity entering the dating game. For older guys, there’s more advice on the internet than there is bacon to be enjoyed with a shot of jack (and that’s a damn shame.) I guess what I’m telling you is that for every reasonable set of dating tips for those over 50, there is a bunch of wacky shit on the internet that is going to depress you, mislead you, or capitalize on the infernal inadequacies that aging inevitably brings to the distinguished older gentleman.

The problem with the internet is specificity. You can be a one armed man who lives in Tibet who only browses on Opera and has a peanut intolerance…and there’s a website for that! So you get content that’s catered to you, but you also get pigeon holed and broadening your horizons is harder. When it comes to internet dating, do you want to choose only from the opposite armed women from Bhutan who also shares your love of the most popular desktop browser in Belarus and a tendency for anaphylactic shock? The internet has great places for those who are getting into dating over 50. These places aren’t them.

Senior Dating- How do websites classify you? You’re now a Senior. Mature. You may still go to work, go out for beers with the boys, watch football and spend Sunday afternoons playing basketball with your rolled up underwear while you’re sorting the laundry that’s piled up all over your bedroom, but sorry to tell you, you’re old. That’s it- you’re over 50 and you’re basically already dead. We’re going to classify you with senior citizens, the infirm, and we’ll set you up for a hip breaking, hospital bed bumping good time. Seriously? Men at 50 have never been healthier or looked better. You have the money you didn’t in your twenties, you have a better idea of what you want, you have your freedom and you have an established life. You have everything- don’t settle for being lumped in with “senior” citizens; look elsewhere on the internet for love. Just as you’re different from a 20 year old, you’re different from the senior set. (If you ARE a 70+ year old senior citizen looking for love, give’r- you are awesome and you’re old and that’s a-okay. Just make sure you are safe; apparently there’s a rash of STD transmissions in the aging population because no one cares about pregnancy.)

Cougar Dating- Okay, so men aren’t cougars, but the idea remains the same. The internet tells you that you should want young, incredibly sexy and ‘unattainable’ women. In fact, if you don’t have some sort of mid life crisis Ferrari and expensive douchey Ed Hardy clothing and some super young arm candy, you’re clearly missing the point at life, so just give up and be alone and miserable, because beautiful young love is the only love.  THE INTARWEBS UNDERSTANDS YOU! Finding a beautiful, loving woman who happens to be over 30 and whose endearing qualities don’t get taken off and put on the nightstand when she goes to bed is not an abnormality. It’s also not impossible, so get the rest of this bullshit out of your head right now.

Sugar Daddy Dating- As I said, you’ve got more money now than you had in your 20s. Or maybe you don’t what with having a responsible, adult life, but you’re earning more and you’re probably better about what you spend it on. Last I checked, no healthy budget included money-I-spend-on-a-not-even-prostitute-so-she’ll-pretend-to-love-me line. I get it- many men want to take care of a woman because that’s the gender role they identify with, that’s what makes them feel good. No problem. And many women want to be taken care of, because duh. Also okay. But dating over 50 is not “I’m old and used up so please LET ME BUY YOUR LOVE”.

Sure, you’ll probably score a young hot thing. You’ll probably also blow through all the money you’ve worked hard up to this point in your life for so you can’t buy your pimped out golf cart, and she’ll probably be shuddering about your gross old balls the second she gets home from a date. Money CAN buy love- but it buys love for money. Love for lifestyle. And the second the money is gone, so is the vaguely uncomfortable, unrealistic, and unfulfilling illusion you’ve wasted some of the best years of your life on. Find a woman who loves you for you through normal avenues, and then if you want to become her sugar daddy, go for it- having someone who doesn’t expect the lavish gifts and extravagant upkeep will  show you real and lasting gratitude, and reward you with unconditional love…even when you aren’t spending.

The bottom line… There’s nothing wrong with dating over 50, and nothing wrong with using the internet to do so. Just remember that no one ever has been lead down a path to retarded decisions from advice, services and sites on the net…oh wait. Don’t let the internet winnow you down to the tiniest details of who you are so it can classify you easier; there’s no algorithm for love.

Have you tried any of these types of dating services? Come share your experiences with me and call me an idiot and prove me wrong! Or just be a nice guy and let others dudes like you in on your good fortune and happiness.