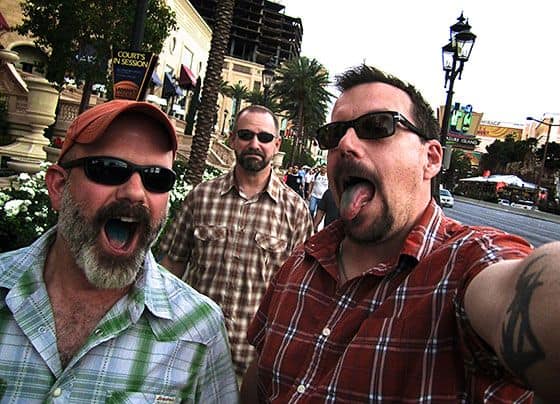 Moving to a new city has been an interesting experience in and of itself, but more importantly, it’s been a solid lesson in planning and group dynamics. Born of necessity, I’ve had to make new friends and plan “fun stuff” for the weekends like never before.

So today I’m sharing my experiences with you, with the goal of helping you plan and organize your perfect weekend experience. Whether it’s a night out drinking with your buddies, or an out of town hiking trip, there are a few common threads that you can keep in mind to keep things running smoothly, and to ensure that you’re never stuck at home doing nothing. As long as you have a few friends, you’re golden. For those of you that don’t, well… that’s a topic for another day.

Leadership and Planning – The Key to The Perfect Weekend

In the past, I had an immense and completely unreasonable dislike of planning anything ahead of time. I think it was a way of shirking responsibility, and it meant that my weekend (among other things) was always at the mercy of other people… people who didn’t always bother to plan anything either.

So what are your options? How can you create a fun and purpose driven weekend with friends? Well, I start by planning ahead of time, not on Friday night at 5:00. I’ve talked about this at length in another article, and I can’t stress this one enough. Pick a day (mine is Tuesday) that you’re going to think about how you want to spend your weekend, and before you go to bed that night, start putting out feelers to friends. You’ll quickly find out which friends are interested, which ones already have plans, and what ideas other people have (they’ll probably tell you). The main thing here is that you’re being proactive; you’re being the leader.

I’ve realized that most people really can’t be bothered to plan anything, and that’s why it’s so important for you to kick your own ass and be the one to do it. Again, be the leader. Get in the habit of planning something, and if you don’t end up doing it, that’s fine too. If someone actually does come up with an idea, and you like it better, than you can do that instead. That’s you being flexible, and that’s also a useful quality when it comes to planning a great weekend.

(Bonus: Your idea doesn’t even need to go to waste. I make a note of potential weekend plans in a Google Doc, and then if I’m ever stuck for plans, I have a big list of ideas to draw from.)

Would you be upset if I said that there really isn’t much else to it? The problem is that most people simply don’t bother putting in the effort to consciously decide what they want to do. It’s easier that way; there’s less thinking involved, but it’s also a heck of a lot less satisfying if you ask me. There are so many great things you could be doing with your limited amount of weekends, and when you start organizing plans with friends, well… perhaps you’ll inspire them to do some organizing of their own, and then you won’t be the one always “stuck” doing it. Be the change and all that.

This is my recipe for weekend success, and I hope you find it useful as well. It’s really not complicated, but it does take a bit of thinking, and unfortunately (or fortunately) there’s a pretty good chance that you’ll be the one organizing things most of the time. This varies from group to group, but if you find your friends don’t like planning, and don’t end up doing fun things as a result, then at least you’ll be equipped to turn things around.

2 comments on “Creating a Perfect Weekend – You’re the Leader”