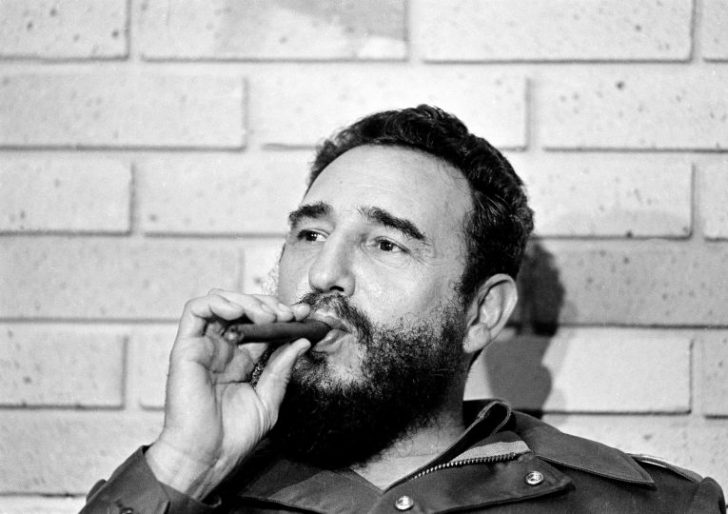 Cohiba Cigars – A Legend Thanks To Fidel Castro

When it comes to smoking, I usually stick to flavored herbal shisha for the most part and sometimes e-cigarettes. Normal cigarettes on the other hand are a no go for me while the occasional cigar is enjoyed after small personal victories like winning in Vegas for example. The first “cigar” I ever tried was strawberry flavored and I got it from a local 7-Eleven when I was underage and in the 12th grade. Oh yes, I was hardcore.

I wouldn’t see another cigar until seven years later in the summer of 2011 when I made my first trip to Las Vegas. My friend gave me the cigar said to be one of the best brands in the world and he said that I should savor it and smoke it slowly. The brand that he speaks of is Cohiba and made famous because it was initially made exclusively for the great leader of Cuba, Fidel Castro. No one had access to Cohiba cigars for 16 years until it was released commercially for sale to the public in 1982. Before that, only the Castro and his close friends had access to the cigars as well some heads of states which had warm relations with Cuba. These days, you can purchase Cohiba and other great cigars online from Famous and other reputable stores.

The Cohiba brand makes two types of premium cigars, one in Cuba while the second comes from the Dominican Republic. The company is known for using the best cigar tobacco available in Cuba. The tobacco is selected from the finest tobacco plants in the Vuelta Abajo region and the distinctive flavor of a Cohiba cigar comes from its unique triple fermentation process which was not applied by other cigar makers.

In 1994, Castro recalled how he was first introduced to the cigars.

“I used to see the man smoking a very aromatic, very nice cigar, and I asked him what brand he was smoking. He told me that it was a special blend, but that it came from a friend who makes cigars and he gave them to him. I said, let’s find this man. I tried the cigar, and I found it so good that we got in touch with him and asked him how he made it. Then we set up the house [the El Laguito factory], and he explained the blend of tobacco he used. He told which leaves he used from which tobacco plantations. He also told us about the wrappers he used and other things. We found a group of cigar makers. We gave them the material and that is how the factory was founded. Now Cohiba is known all over the world.”

Initially, Cohiba only released three sizes of the cigars but added three more in 1989 and the six were referred to as the Linea Clasica (Classic Line). Fast forward to 2015 and the company has an impressive collection of cigars with different lines available for different regions. A few examples of these premium cigars include the Cohiba Collection, Cohiba Black, Cohiba Comador, Cohiba Nicaragua, and Cohiba Luxury Selection. And of course, each collection has a variety of sizes and blends.

It’s kind of interesting to see how one person can set a trend and create a brand without even knowing realizing it. These days, product endorsements are a common sight but Fidel Castro was supposed to be the “bad guy” according to the American media yet the American people wanted their hands on Cohiba brand cigars and be just like him.

If you are interested in getting your hands on some Cohiba cigars are fair prices, head over to Famous-Smoke for some smoking deals.