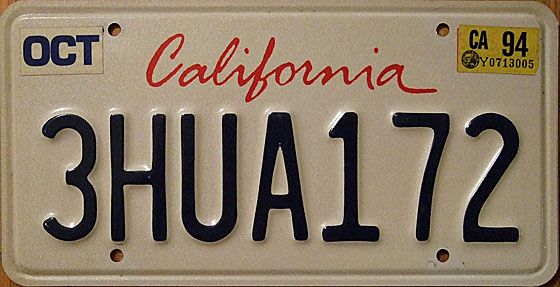 The state of California, facing a $19 billion deficit, is investigating the use of digital license plates in the hopes of generating additional income. The bill’s author, Democratic Sen. Curren Price, says “We’re just trying to find creative ways of generating additional revenues,”, and creative it is. The license plates would be used to display advertisements or emergency alerts when the vehicle is stopped for more than 4 seconds. Yes, you read that right; if this legislation is passed, you can expect to be bombarded with McDonalds and Starbucks adverts even more frequently.

Advertising aside, I think the concept is actually pretty interesting and has the potential to be used for a lot of useful things. Two ideas that immediately come to mind are flagging the license plates of stolen vehicles with flashing messages to call the police, or hacking the plates to display images of foul internet memes. I’m not sure if this will have any effect on California car insurance laws but it should considering California is up there as one of the most expensive states to insure. Having said that, the technology also poses a number of privacy issues. I’m assuming the system works through wireless technology, and having the government able to track my movements through yet another avenue is a bit disconcerting.