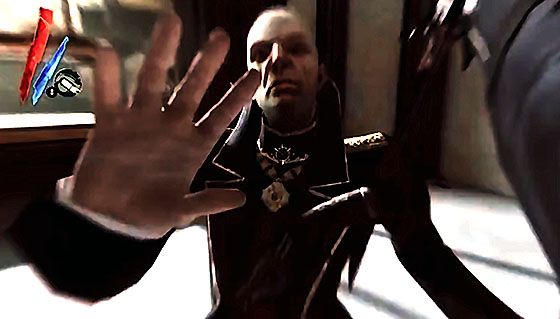 Dishonored has been out for some time, and after having completed it (and loving every moment), I can say with absolute sincerity that it’s one of the best games I’ve played in years. Arkane Studios has – dare I say – created a masterpiece, the likes of which the gaming world hasn’t seen for quite some time. If you haven’t played it already, go… go now! Play it and rejoice.

Now, for those of you in the unfortunate position of having beat it every which way, I bring you this amazing collection of the best Dishonored kills. It’s basically a bunch of user submitted “killer moves” set to a great, ambient electronic track created Eddy Charlton, aka Chilton – a member of the community. Perhaps they’ll tide you over until the DLC finally arrives, allowing all of us to get back into the action and start killing our foes in ever more creative ways.

Though some would argue that Corvo’s powers are, well… overpowered, I found them to be extremely fun to use. I mean, just look at the creativity we saw from the players in this video. That’s really the beauty of creating a simulation style of game. You know with reasonable accuracy how everything is going to work, and you can make your decisions based on that. Everything is consistent to the game world, and that gives players an incredible amount of agency. It’s a good feeling, no?

Now, if you’ve just watched this, completely awestruck… wondering why the hell you haven’t played it yet, then I suggest ordering a copy immediately and playing the shit out of it. Dishonored sells for about $50 USD right now (depending on the platform), and I absolutely guarantee you’ll get your money’s worth.

If you enjoyed listening to Chilton’s music from the Killer Moves video, then I suggest you head over to his Soundcloud page as well. He’s done a ton of awesome mixes, including a hip hop version of the song you just heard. I’m not usually a big fan of that particular genre of music, but this tune is pretty solid.