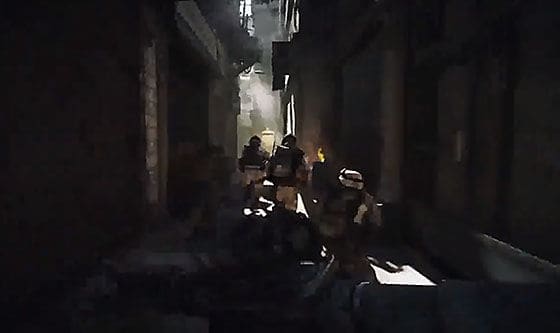 I’ve been a fan of the Battlefield series for a long time now. I have fond memories of kamikaze jeep attacks in Battlefield 1942, and though I had a ton of fun, I’m glad to see the franchise taking a more serious tone. As of today, we now have a brand new Battlefield experience to look forward to in the form of Battlefield 3.

The trailer you’re about to watch shows us just a brief glimpse of the game, but what it lacks in length it more than makes up for in girth… er… quality.

The last Battlefield game I played was Bad Company 2 – an excellent game in its own right. If this Battlefield 3 trailer is any indication of what Dice has in store, all of us are in for a real treat. Strangely enough, the trailer reminds me of Cloverfield. I think it has something to do with the distorted footage and shaky-cam, though I’m guessing the game won’t feature any massive aliens. I’m going to take a guess here and assume that BF3 takes place somewhere in the middle east, and that the teams will be the US military vs various insurgent groups; we’ll see if I’m right later this year when the game arrives.