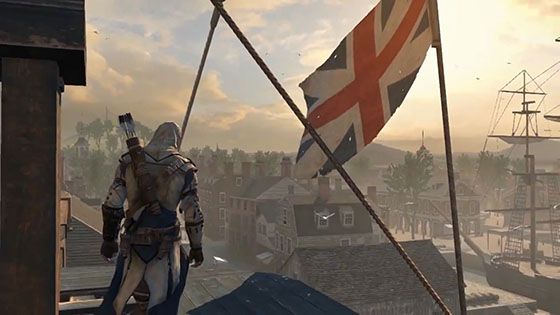 Though I’m in no hurry to see the end of the summer here in Canada, there is one thing I’m most certainly looking forward to this fall: Assassin’s Creed 3.

In this new video, narrated by Ubisoft’s AC3 Creative Director Alex Hutchinson, we get to see a ton of new footage from Boston, and of course, a bunch of new gameplay mechanics. Ubisoft re-created the Boston of 1773 at 1/3 scale, using any information they could to make it accurate to the time period. As you’ll see in a moment, their work looks very impressive. 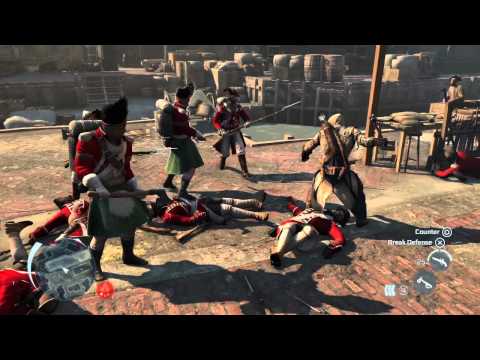 If you paid close attention to what Alex was saying, you probably picked up on quite a bit of new information. Though the mobile hiding spots are useful, and the new “stick to cover” and “neck break” mechanics seem great, what I’m most excited about is the change in combat health regeneration. Unlike the previous games, health will no longer regenerate during combat. You need to defeat all of your attackers before you can begin regenerating again, and I’m truly excited about this. Though I quite enjoyed the previous AC games, I also found them laughably easy.

I’ve posted plenty of footage of AC3 before, but this is the first video that truly shines for me. I don’t know how they’ve done it, but AC3 really does look so much better than the last one. I find this all the more impressive given how ancient the Xbox360 and PS3 hardware are these days. They’re not getting any younger, and it’s obvious that Ubisoft found a technological found of youth to sprinkle on their graphics engine.

Aside from the slightly strange looking physics when the player uses Connor to bash into an enemy, Assassin’s Creed 3 looks fantastic, and I’m looking forward to giving it a full run through when it hits store shelves on October 30th, 2012.