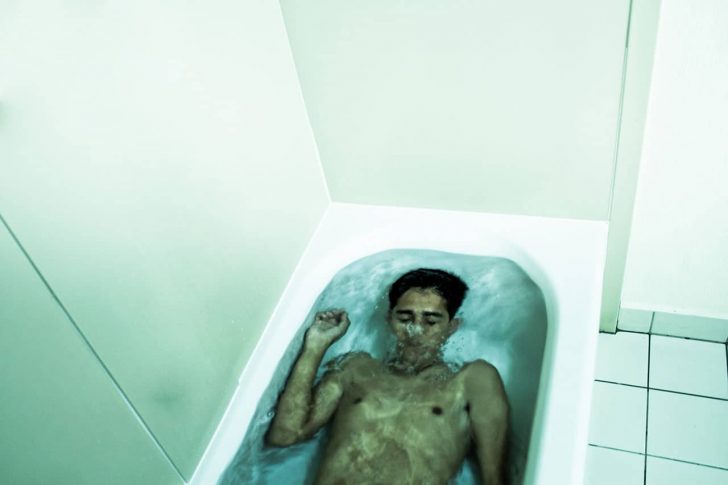 One of the biggest threats to the health of American men could be themselves. New studies are showing that American men are at the highest risk of severe depression and even suicide. Additionally, these studies are identifying sleep apnea, and other sleep related issues as major causes.
Also, societal views of how men are supposed to act also contribute to the rate of depression and suicide. Due to these new studies, treatment options are being pinpointed to help better relieve the stress that depression and suicidal thoughts can have on an individual and their families.

While general causes for depression and suicide can be widespread and inconsistent, in males researchers have narrowed it to two main causes.  First there are issues with sleep, a study in the journal, Sleep, outlines these issues and reviews a study done on almost 2,000 individuals. In addition to sleep problems, depression and suicide in men is also linked to the social aspect of being a man, and being the “leader” of a household.

Obstructive sleep apnea can become an even bigger problem for men that are fighting depressing and suicidal thoughts. In a patient with obstructive sleep apnea, the throat muscles intermittently relax and cause the airway to become blocked. Loud snoring is the most common sign of this issue, and there are currently measures to be taken to correct this problem. However, this doesn’t stop the depressive affects this condition has on those that aren’t diagnosed. But why do sleep issues, cause problems of depression and suicide?

The study shows that of the participants that were diagnosed with any degree of depression, there was a strong link between those participants and sleeping disorders. The biggest factor in sleep issues turning into depressive thoughts, is the rate at which men get help; which is relatively low. Sleeping disorders affect 1 in every 2 men in America, however, 82% of obstructive sleep apnea cases go undiagnosed. This causes the risk of suicide for men to be about 4 times higher than that of men who get their sleeping disorders diagnosed and dealt with.

One more cause that is linked to male depression and suicide is the social roles of men in America. Throughout history, men have been looked at as the heads of the family; the providers. This provider role however, can put serious mental stress on men. Feeling like they must provide everything for their families regardless of how they feel about it, puts serious strain on the male mind. This mindset makes men in America less likely to seek help when they have these feelings, and more likely to drop out of treatment early, which causes the higher rates of suicide and depression in men.

The first step to helping someone with these issues is to get them talking about it. If you believe their depression is sleep-related it may be easier to open a conversation on their sleeping habits or how tired they’re feeling. Just giving someone the outlet to vent and a reason to think someone cares could help save a life.

The next step is to get the affected person help. For those suffering from sleep-apnea or other sleep-related depression, it may be worthwhile to treat those underlying issues first. There are two procedures that prove effective in treating sleep apnea. One way is to have the throat/nose reconstructed to clear the air-way during sleep. The less invasive method is to use a C-PAP machine. This machine keeps the airway open while you sleep, eradicating snoring and airway blockage, and allowing you to get a good night sleep. It may be that restful sleep is enough to allow recovery.

If sleep isn’t the issue then meeting with someone and talking about the causes of their depression could help alleviate some of those depressive thoughts, and help return them to feeling normal. However it is important to note that there are mental health professionals who specialize in specific kinds of mental illnesses, such as depression. Online directories such as TherapyTribe provide listings for mental health professionals by specialty and location. If a loved one is experiencing depression, make sure they see a professional who works in the appropriate specialty – the results can be quicker and more satisfying.

For more on depression and to see if you may be experiencing symptoms, take this test from Mind Diagnostics: https://www.mind-diagnostics.org/depression-test.