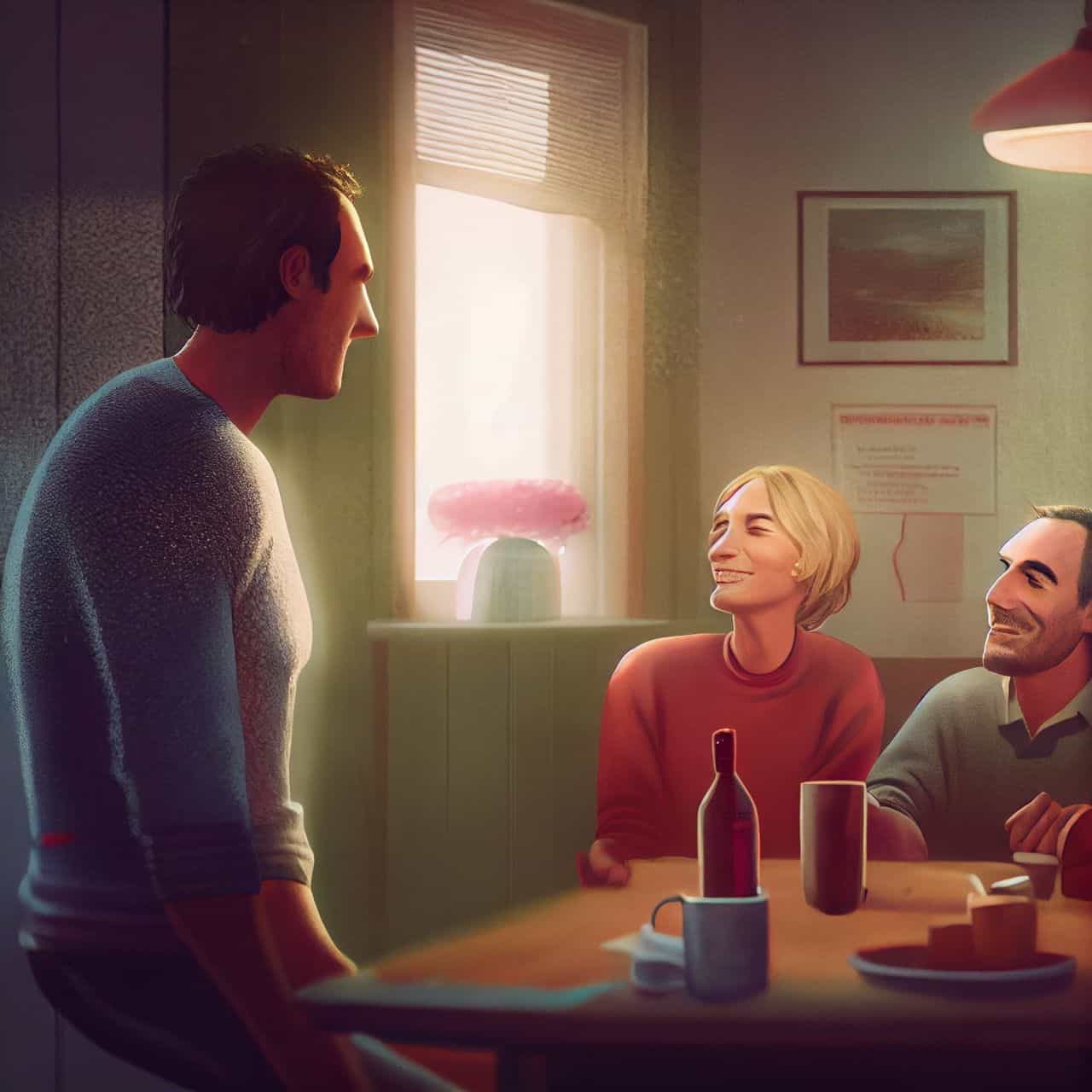 I’m not going to lie: I was pretty gutted when my wife told me she was dating someone else. We’d only been married for a year – wasn’t that too soon to start branching out? Plus, who was this guy, and why did he have to come into our lives? But then I did something that surprised me: I decided to get over it and support her decision. In fact, my wife’s boyfriend has made our marriage stronger than ever before, even though I realize this is the stuff of memes.

Want to know how I did it? Read on! Some may find this story depressing; others may find it heartwarming. But I think it will be relatable to anyone who’s ever had to deal with their wife’s boyfriend.

Some background on why I accepted my wife’s boyfriend

First, let me give you some background. My wife and I had been together for about four years before we married. We were happy, but things were starting to feel routine. So when she came to me and said she wanted to date other people, I was admittedly caught off guard.

I didn’t want to lose her, but I knew I couldn’t keep her from exploring her options. We had a long talk about it, and we decided to stay married but see other people. It wasn’t easy, but we both agreed it was best for us.

So, fast-forward a year later, my wife is now dating someone else. At first, I’ll admit, I was pretty jealous. But then I realized that she needed this, and I wanted her to be happy. So I decided to support her decision, even though it meant that I wasn’t the only man in her life.

Now, I know what you’re thinking: how can you be okay with your wife seeing other people? And the answer is simple: I know she loves me, and I trust her. I know she will not leave me for her new boyfriend, and I’m okay with sharing her time and attention.

I think it’s made our marriage stronger. Because now we’re both getting what we need – she can explore her options, and I’m still the only man she’s married to. It may not be traditional, but it works for us.

So if you’re struggling to deal with your wife’s new boyfriend, don’t worry – you’re not alone. Just remember that it’s okay to support her decision, even if it means making some sacrifices of your own. After all, a happy wife is a happy life. Amen.

The first step to dealing with your wife’s boyfriend is to try and understand why she decided to get one in the first place. There could be many reasons:

Whatever the reason, it’s important to be understanding and supportive. After all, you’re the one she’s married to – not her boyfriend!

Talk to your wife about her decision

Once you’ve had a chance to process your initial feelings, it’s time to sit down with your wife and talk about her decision. This is an important conversation, so ensure you’re both in a calm and respectful state of mind.

Start by asking her to explain her reasons for wanting to date other people. Listen to her carefully and try not to get defensive. It’s also important, to be honest with each other about your feelings. Tell her if you’re feeling jealous or insecure – she’s more likely to understand than you think.

Once you’ve both had a chance to talk, it’s time to devise a plan. How are you going to make this work? What ground rules are you going to set? It’s important that you’re both on the same page here.

Now that you’ve discussed your wife’s decision, it’s time to set some ground rules. This is important for both your sanity and the health of your marriage.

Second, you must decide how you will communicate with each other about your relationship. It’s important to be open and honest about what you’re feeling, but it’s also important to be respectful. Remember, this is your wife’s decision – not yours.

Finally, you need to set some boundaries. What are you comfortable with, and what isn’t? This is an important conversation, especially if you feel jealous or insecure. By setting some clear boundaries, you can help to ease your mind.

Focus on your own relationship

One of the most important things to remember when dealing with your wife’s boyfriend is to focus on your own relationship. This is your marriage, not theirs – so don’t let them take precedence over you.

Make sure you’re still spending quality time together, even if it’s just a few minutes each day. It’s also important to ensure you’re still intimate with each other. This is your wife, not her boyfriend – so don’t let him come between you.

Finally, make sure you’re still doing things for yourself. Just because your wife has a boyfriend doesn’t mean you should stop living your life. Continue to see your friends, pursue your hobbies, and do things that make you happy.

Dealing with your wife’s boyfriend can be difficult, but it’s important to remember that you’re not alone. There are plenty of other husbands out there who are in the same situation. Focus on your relationship, set some ground rules, and be understanding of your wife’s needs. With a little effort, you can make this work.

Why did it happen to me?

I thought about what had just happened and realized that my wife must have felt lonely. Lonely people look for companionship, and sometimes that comes in the form of another person. My wife found a companion in this other guy, and now she was happier. This didn’t mean I loved her any less; it just meant that she needed someone else to make her happy. And so I did the only thing I could think of – let her go and be happy with him too.

Just because your wife has a boyfriend doesn’t mean you’re a bad husband or a smooth-brained fool like all your friends call you. It just means that she needs someone else in her life to make her happy. And that’s okay.

But that’s just what I think. What do you think? Why did your wife get a boyfriend? Let me know in the comments below.

How Does Fixed Asset Maintenance Work?