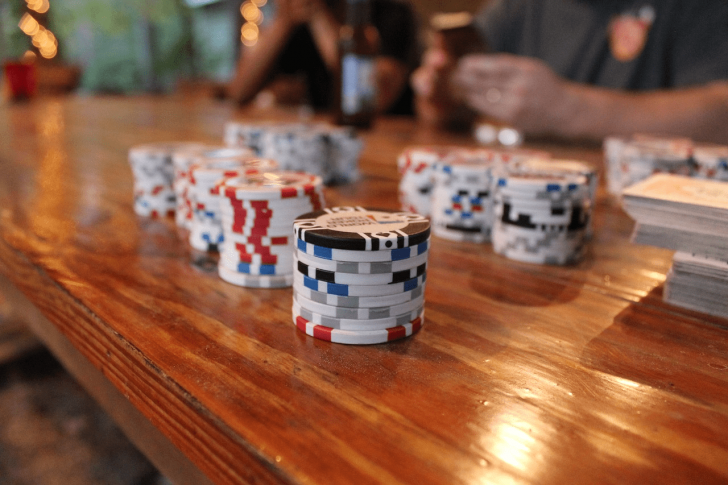 Is your goal to become a better player as quickly as possible? If so, below are a few tips from https://www.pokerqiu.online/ to help you boost your poker performance. In turn, you’ll boost your profits. With that said, these tips include:

One of the most common mistakes new poker players make is playing way too many hands. You want to play poker when you’re first starting out, and this means you stick with hands that don’t seem very good. Remember, playing more doesn’t always mean you’ll wind more, and it usually means you’ll actually lose more. You want to upgrade your starting hand requirements if you find yourself staying with more of the cards you’re dealt.

Sometimes you’ll get together with your friends for low stake games, and when you do, then it’s more about having a good time. However, if you’re in the casino, then keep an eye on your alcohol consumption. You might feel relaxed after a few drinks, but it may put you at risk of losing. This is even if you’ve only had a couple of drinks and not fully drunk.

When you approach a table, look at the other players. The chancres are they probably aren’t drinking or they’re sipping their drinks. This is a clue that you don’t want to be tipsy or full on drunk while playing poker.

Don’t Bluff Just Because You Want To

So many new poker players know that bluffing is something players do, but not many know exactly how. There is no set rule in regards to bluffing, but a large number of players feel like they need to try to bluff if they are going to win. The truth is bluffing only works against certain people and in certain situations.

Plus, some players cannot be bluffed. This is especially with players who are constantly calling to the showdown. Only bluff when necessary and never do it just for the sake of doing it.

Another mistake newbies make is they think they’ve put a lot of money into the pot, therefore they think they have no choice but to stay. You can’t win a pot just because you threw or continue to throw money at it. Sometimes a call is warranted, but you should fold as soon as you realize that you are beaten or when you are confident that you’ve been beaten.

The money in the pot isn’t yours anymore. Playing a hand to the very end won’t help you get it back either. Never stay in a hand because you’re in it already.

Some players on the final bet will look at another player and say they have to keep them honest. It might be a good idea to wait to see if the player has the hand they are representing because this will help you get info that will come in handy later on in the game. If you honestly think the other player has a winning hand, then why would you be willing to give him even more money? As time goes on, these bets add up to a lot.

Don’t Play When You Feel Emotional

Pay Attention To The Cards On The Table

As a new player, you have to work hard at remembering how to play, what the rules are and to pay attention to what’s in your hand. Once those things are nailed down, you’ll want to pay close attention to what’s on the table. When playing Texas Holdem, you want to determine what hand would be the best to flop. Pay attention and keep an eye out for straight and flush possibilities.

Playing 7 card stud will require you to pay attention to what people have folded and what’s showing. In Texas Holdem, you want to choose a hand that wins. This will take practice to master, but eventually you’ll get better at it.

Pay Attention To Other Players

One of the best things you can do in poker is pay attention to all of your opponents. If there is a specific player that constantly raises in a certain position, while another player bluffs a lot, while a third player seems to fold to every re-raise, then all of this info can help you make better decisions. When you have a good idea of when a player folds to re-raise on a river, then you can steal a pot by bluffing what you have.

Everyone has their own reasons for moving up to a game with a higher limit, and this includes being on a good run of winning lately at a lower level. However, a bad reason to move up to a higher paying game is that the lines are quicker and shorter or if you want to showoff in front of someone. Avoid higher stake games if you don’t have money you can afford to lose, and resist the urge to play if you had a real good night at $2/4.

Choose The Appropriate Game For Your Bankroll And Skill Level

Don’t go into a $5/10 game after you hit at $2/4 because the skill level required goes up. In other words, if you jump into a higher stake game, then other players will have higher level skills. The goal is to be one of the best players at the table.

Why move up to a higher level game when you’re doing so well at lower level games? The last thing you want is to lose it all in a higher stake game. Believe us when we say this happens all the time.

Originally published on September 11, 2020 in Gaming