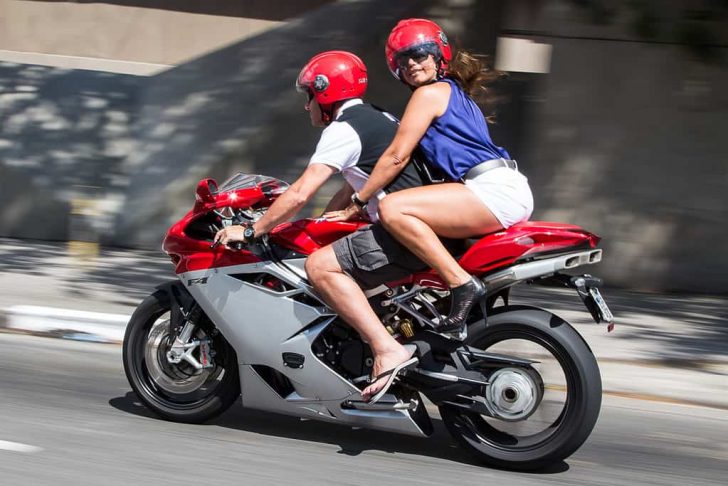 6 Vehicles for a Man to Consider Owning

Most men understand that people feel a certain way about you because of what you drive. Maybe that’s not entirely fair, but that’s just how it is. When you meet someone, they might assume things about you if you ride a vintage Harley or if you putter around town in a minivan.

In this article, we’ll talk about some different vehicles, and what they say about you. Like it or not, your vehicle says something about your lifestyle, and that might be important to you.

If you ride a motorcycle, that tells people who meet you that you’re a free spirit and possibly a bit of a rebel as well. Motorcycle riders:

Even if you always wear the right protective gear when you go out riding, many people you meet will still assume that you live life on the edge. Most individuals believe that if you ride a motorcycle everywhere, you’re either single or perhaps you don’t have any kids.

That’s because motorcycles are inherently dangerous, and if you ride one, you’re untamed and wild. A lot of people think that you trade in your motorcycle if you settle down. You have to start thinking about your spouse or partner and your family.

There are exceptions to this, but generally speaking, if you own a motorcycle and ride it regularly, people will think that you’re not living in the suburbs with a neatly-mowed lawn and a white picket fence.

A sedan is like a starter-family vehicle or one you get if you’re focused on comfort and sensibility. Sedans usually:

They often get good IIHS ratings, and they’re perfect for starting a family. You might drive a sedan if you have a partner or spouse, and you have a couple of kids or some on the way.

With a sedan, you have plenty of backseat and trunk space for things like groceries or garden supplies. There’s room in there for you to load up your Good Will donations.

It’s the vehicle you use to teach your teenager how to drive, and maybe you give it to them as a gift when the time comes. Perhaps you bought it brand-new, but when you gift it to your teen, it’s got 150,000 miles on it or so. The most practical sedans are things like Hondas, Toyotas, Subarus, and Hyundais.

If a sedan means you’re dipping a toe into suburban life, the minivan means you’re entirely embracing it. The minivan is ideal if you’ve got a whole baseball team to drive around. This is the stereotypical family man’s vehicle.

It has the sliding door, and when you take it to the park, everyone expects kids and dogs to come piling out of it. It has room for tons of groceries when you make a Sam’s Club or Costco run.

Some of these minivans can stay on the road forever. Because of their size, they can withstand the impact when your teenager backs them into the mailbox or gets into their first fender bender.

If you pull up in one of these, those who see you will expect you to have a dad bod. They’re eminently practical and useful for many occasions, but it’s hard to be sexy when you’re sliding out of a minivan driver’s seat.

If you have a sports car, every man knows what that means as well. It indicates you’re either having a midlife crisis and you’re newly divorced, or else you’re a jet setter who invented something and sold it on Shark Tank.

Sports cars are a lot of fun to drive, but they’re impractical and expensive. They can get up to 150 or 200 miles per hour, but how many men get out on the Autobahn and take them up to their top speed?

A sports car means you either have plenty of money or else you’re a compulsive spender. If you own one, it often signals that you’re trying to appear youthful or you’re into the dating scene. A sports car turns heads, and if you drive one, it means you want to stand out and be the conversation’s focus.

If you drive an SUV, that means you want power, but also style. You could either be a family man or single and drive an SUV, but if you’re a dad, you’re the cool dad who likes to go camping and off-roading.

Some people like SUVs but stick to urban driving. They like sitting high up and looking down on the rest of the traffic.

Still, more people than not who buy SUVs like to take them out in nature. They take them to national parks and use the four-wheel-drive feature to tackle some rugged terrain. They have plenty of space for a tent and some sleeping bags.

SUVs don’t come cheap, which is why, if you’re driving one rather than a minivan, people will assume you have money. An SUV is a status symbol, especially if you are driving a newer model.

If you own an RV, that means you have wanderlust. You might tool around the country, never staying in one place for too long.

You might own one later in life if you’re retired and exploring the country, pulling over at truck stops, diners, and roadside attractions. If you’re younger, but you have an RV, it means you’re unconventional and think outside the box a little bit. You might work as a digital nomad and spend a lot of time in the country’s Pacific Northwest and Southwest regions.

Your vehicle does say something about you, and as a man, if that matters to you, you should select one carefully. You can always defy convention and get any vehicle you want at any life stage.

You should know, though, that when you pull up in a particular vehicle type, most people will assume things about you accordingly.

Originally published on November 11, 2020 in Autos