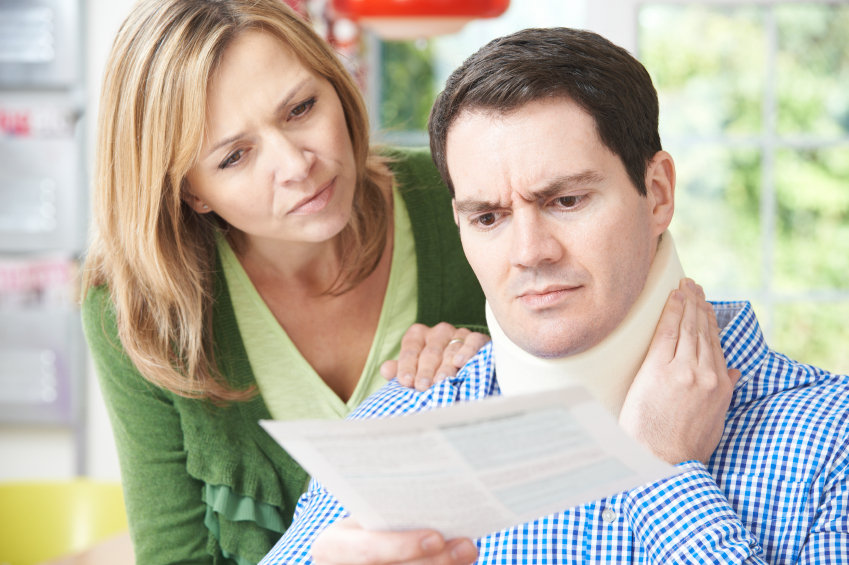 If your job requires being stuck inside a 4 by 4 cubicle for more than eight hours a day, you might want to think about a change of careers to something a little more dangerous. From roofing contractors to loggers, dangerous jobs might offer you some excitement and even an adrenaline rush or two, but they are not without their dangers and risks to life and limb. According to Monster.com these jobs are not for the squeamish, but more for men and women who don’t mind putting their lives on the line, day in and day out.

But just because a job is dangerous doesn’t mean the owners of businesses that engage in hazardous work-related activities aren’t responsible for making your workplace, even it’s at the bottom of the ocean, as safe as humanly possible. Says one leading personal injury lawyer in Atlanta, Julian Lewis Sanders and Associates, LLC., millions of employees are injured at their workplace each year. Thousands of these personal injury accidents result in catastrophic injury and even death. Employees injured while on the job are entitled to compensation for their life altering injuries. Depending on the circumstances of the injury, the victim might quality for workers’ comp, a personal injury lawsuit, or both.

That said, just what are 5 of the most dangerous personal injury causing jobs in the world?

Just the sound of it brings dangerous images to mind–working at the bottom of an ocean or a lake, while attempting to solder two pieces of steel together. Fact is, underwater welders face more than one danger on the job each day they’re lowered into the drink, including but not limited to electrical shock, violent explosion, decompression sickness, and even dental fillings that come loose. Proud to Be American blog states underwater welding sports a 15% fatality rate, and is said to be 1,000 times more dangerous than being an inner city police officer. That’s why if you should happen to suffer a painful injury while underwater welding, you or a family member must call a reputable personal injury attorney. You will need the compensation they can get for you via a court of law while convalescing from your wounds.

Commercial fishing has always been one of the most dangerous occupations in the world. The proof still exists in all those “widows walks” that grace the tops of the many century and two century old seaside homes that still line the old New England shores. Fisherman (and women) face serious personal injury in the form of blizzards, unstable weather conditions including typhoons and hurricanes, heavy machinery accidents (loss of fingers, toes, and entire limbs), frostbite, working very long hours with little or no rest, and more. Says Monster.com, 80% of commercial fishing fatalities come in the form of hyperthermia, or being tossed overboard and drowning.

If you think pitting a man of maybe two-hundred pounds against a massive tree weighing in at several tons does not sound like a fair match, you’re absolutely right. But that’s exactly what loggers and tree cutters face not only on a daily basis, but several times per working day. Whether cutting down mighty oaks in the dense Maine forests, or cutting away big old limbs in the suburbs of Atlanta Georgia, loggers, tree cutters, and lumberjacks are employed in one of the most dangerous occupations on the planet with one of the highest rates of workplace fatalities. Priceonomics claims that 91 in 100,000 loggers are killed on the job every year, the majority of those personal injuries and deaths coming from equipment accidents such as chainsaws amputating limbs, workers falling from high treetops, or trees/heavy limbs falling on workers.

Becoming a bush pilot is most definitely a job for an adventurer. Imagine the adrenaline rush that comes from flying in and out of the dense bush, and delivering people and goods to remote destinations. But the job is not without its major risks of personal injury. Any given day can bring about sudden changes in the weather, making flying dangerous at best, impossible at worst. Bush pilots also face extreme dangers when fighting fires from the air. Even though bush pilots are some of the best, highly trained pilots in the world, their death rate is just shy of that of the loggers: 87.8 deaths in 100,000 workers (according to the U.S. Bureau of Labor Statistics).

Roofing along with most jobs in the commercial/residential construction industry might seem like common ordinary occupations, but they come with considerable risk of personal injury. This goes for steel workers, electricians, and even masons. But one trade in particular is especially dangerous: roofing. This is not only a physically challenging job, with long days spent installing and repairing all varieties of roofs with all sorts of materials like asphalt shingles, metal fascia, and hot bitumen, it can be filled with risk if safety precautions are not adhered to. It can become a very dangerous job when workers try to maintain balance on a heavily sloped roof, or when the cold weather comes in and slippery conditions make sliding off a roof onto the ground below a very real possibility.

Dangerous jobs might seem adventurous if not fun on the surface, but they present considerable risk of personal injury. If you decide to take on any one of 5 of the most dangerous jobs in the world, make sure that your employer is giving you access to the best safety training and equipment possible. Should you happen to suffer a personal injury on the job, you must make certain you and/or a family member contacts a leading lawyer who specializes in personal injury cases.

The Modern Bachelor Pad: Design For The Mature Single Man

Considering A Career In Transport And Logistics? Here Are The Skills You Need