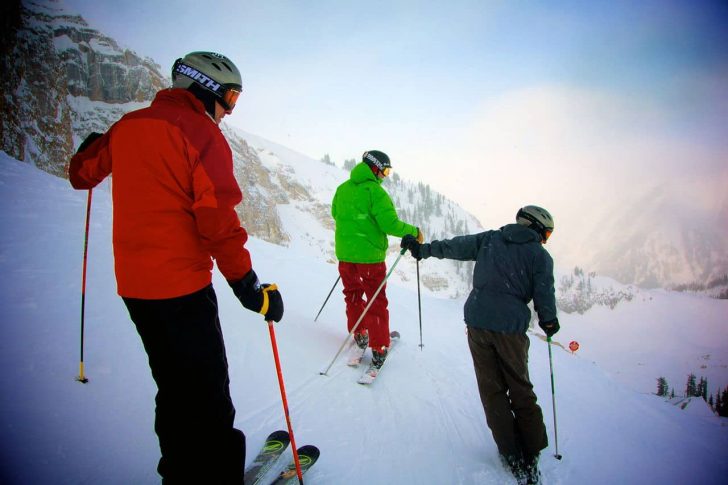 Skiing is one of the most popular snow activities that take place in winters on the hills. It is an activity that needs limited equipment and is loved by a lot of people.

The first snowboard was called ‘snurfer’

Skiing was quite a lovable sport, but it wasn’t always safe, especially for kids and in areas that were surrounded by trees or other natural barriers that stopped the flow of skiing. A man joined two skis together to form a surfer (then known as snurfer) in 1965.

This was a gesture of love for his daughter and looked something like a skateboard but without wheels. It gained popularity and got a lot of attention. So, as a result, about a million of them were sold in the next ten years.

It is possible to ski faster than driving

You read that, right! It is possible to ski faster than most people can drive. A good speed of 120 miles an hour can be crossed by many. The current world record is 156.2 miles per hour achieved by the Italian skier, Simone Origone.

It is believed that the thrill experienced at high speed mastered with the art of balance is a great way to raise your adrenaline levels.

Skiing dates back to 4000BC but got recognized much later

Archeologists in Norway found ancient carvings during unearthing that prove the presence of skiing thousands of years ago. The oldest one to be found was on a rock dated to 4000BC. It is now a commonly acknowledged sport, but it took a lot of time for it to be a part of the Winter Olympic Sports.

Though cross-country skiing had been a part since 1924, alpine skiing became a part of the Winter Olympics only in 1939. Most hindrances for this not happening revolved around developments in the sector of ski boards and other equipment. Even clothes were not up to the mark and came in the way a lot of times. But now, thanks to companies like Snowleader, we have access to quality skiing gear.

Ski-Troops are a thing, and they helped in World Wars

Skiing has been used for wartime transport in the mountains for hundreds of years.

These skis helped through tough times by allowing soldiers placed in harsh climates to perform essential tasks and not be stopped by the weather.

Ski-troop soldiers have been helpful in the first and second world wars.

The thrill Sherlock Holmes gives us, skiing gave its creator

Sherlock Holmes, written by Sir Athor Conan Doyle, was a thrilling mystery series, one of the best-known series at its time. After one of his skiing experiences, the critically acclaimed author described it “as near to flying as any earthbound man can.”

He was beyond thrilled and happy while skiing. This is one of the rarest events of its kind that a sport is remembered by.