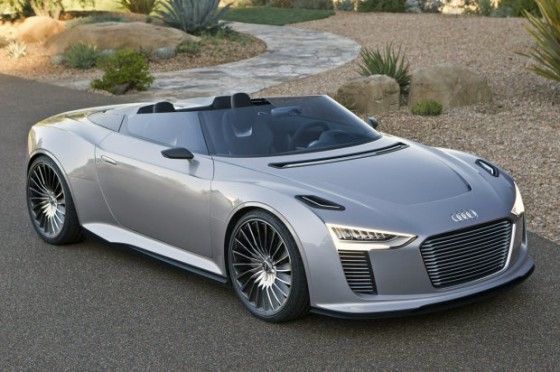 The e-tron Spyder prototype shown here is reported to be worth $2.7 million. The current prototype is only limited to 40 miles per hour and can reach 45 mph if the electric motors and the twin-turbo V6 TDI work together in ‘boost’ mode. The important thing here is the long-term implications of this platform. The prototype of the e-tron Spyder may showcase what’s to come from Audi in terms of future designs of its vehicle lineup. It may also be a hint at future drivetrain platforms from Audi since manufacturers such as Nissan and Chevrolet already have plug-in electric cars available for sale to the public.

The e-tron Spyder’s two electric motors, located at the front of the car, are capable of putting out a total of 89 horsepower. The rear-mounted 3.0 liter V6 TDI produces 296 horsepower, giving the e-tron Spyder a total of 385hp when all engines are working together in ‘boost mode’. The prototype’s two electric motors are able to provide 260 pound feet of torque from 0 rpm and a whopping 79 lb-ft of torque when working in ‘boost mode’ with the twin-turbo V6 diesel engine. The 3,200 pound e-tron Spyder could theoretically reach 0-60 mph in a quick 4.2 seconds. 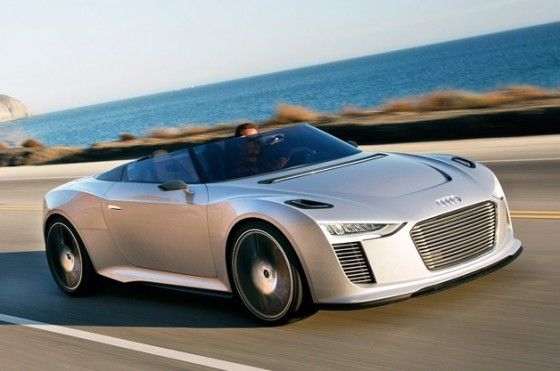 The exterior of the car might be too extreme for some, but I think the car is pretty easy on the eyes. I like the sharp edges and how all the curves flow from front to end. And as a friend pointed out, the short windshield does make it look a little like a speedboat from the side view. The aggressive front fascia and headlights are also very eye-catching. The 20-inch wheels on the e-tron Spyder also do not feel out of place despite the fact that the car is so small. 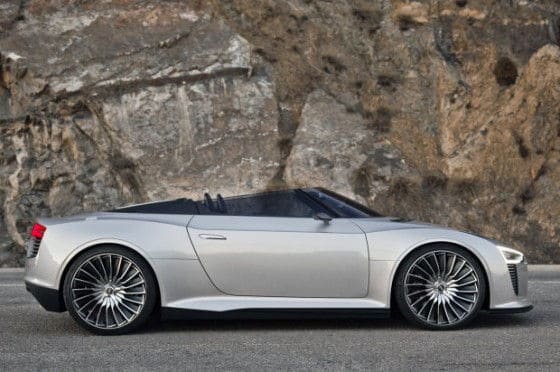 The plug-in point for the electric motors on the vehicle is located behind the retractable four-ring emblem on front of the car which reveals the plug as well as a digital display which shows remaining charge and range possible. The battery pack on the e-tron Spyder is a 69-cell lithium-ion pack weighing in at 220 pounds and good for 9.1 kilowatt hours. The production version of the Audi e-tron Spyder will let the vehicle run on electric-only mode with its single gear ratio allowing the car to travel up to 37 mph. 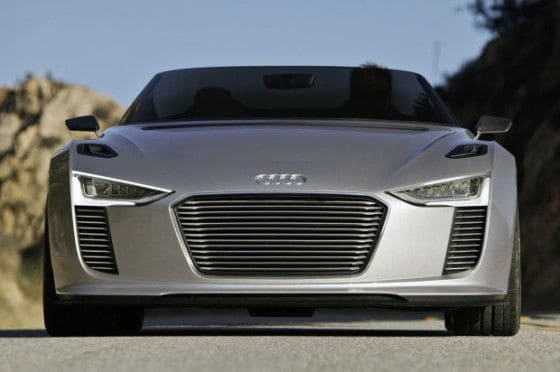 The current prototype of the e-tron Spyder has a gas tank which is only capable of holding 13.2 gallons of fuel and a “theoretical” on-paper range of over 600 miles per fill-up thanks to the two electric motors pitching in. Audi and VW fans will have to be patient and wait until late 2013 to see what happens with the e-tron Spyder.