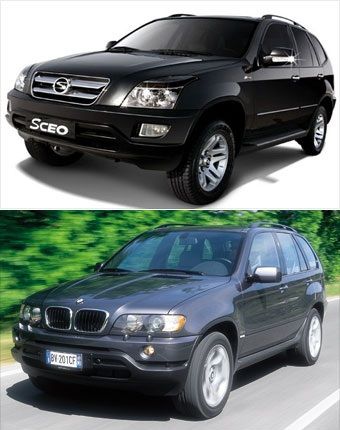 BYD F8 vs. Mercedes CLK
Yep, it’s true –  both of them look like a Mercedes at a quick glance. The trouble, is that the similarities stop the moment you take a closer look. Besides the front fascia and the fact that they are both convertibles, there is not much else to compare between the two cars.  The yellow car you see is the BYD F8. BYD (Build Your Dream) used to manufacture cell-phone batteries. The CLK is a rear wheel drive available in a V6 or V8 and prices range from $47,000 to $62,000. The F8 is a front wheel drive car powered by a four banger and priced at $27,000 to $29,000. 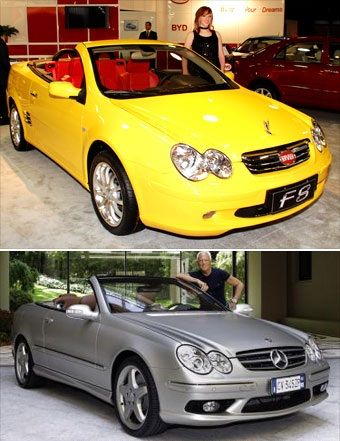 The Shaunghaun CEO is so similar to the BMW X5 that the German courts banned Shaunghaun from selling it in Germany. The CEO was released in 2006 and can be purchased for a measly $19,000. It features a four-cylinder engine cranking out a mere 100 horse power. The BMW X5 is available in both a V6 and a V8, and will cost you $45,000 to $53,000 for the model pictured above. The current X5 will cost you your soul. 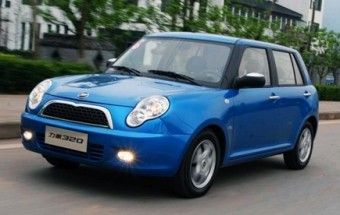 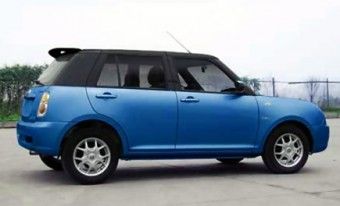 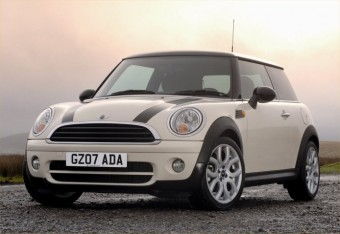 Wow, this one is almost as bad as the F8 and the CLK combined. Talk about an identity crisis! Lifan is one of the smaller car manufactures in China. The Lifan 320 costs $6,000 to $8,000 and is powered by a 87 horsepower engine. The major difference is the four full size doors while the Mini Cooper only has 2 doors. The extra doors are helpful when passengers need to quickly escape, er… exit, the vehicle. 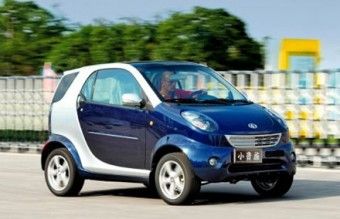 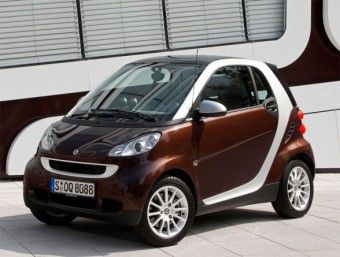 These near identical twins were separated at birth and given up for adoption because they are both equally hideous. The blue car above is the Shaunghaun Noble and prices start at $7,000. The fuel efficient Smart Car starts at $12,000. I’m all for fuel efficiency, but man are these cars hideous. Honestly, who would drive this crap? 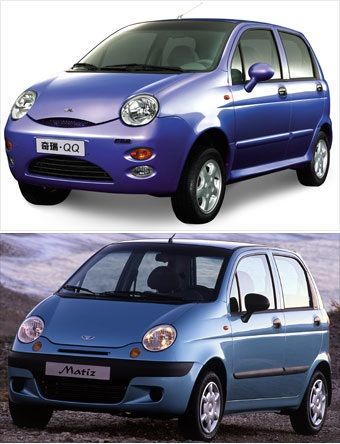 Thankfully, both of the cars pictured above are not available in North America, but that doesn’t mean the Chinese automakers are not coming up with “new designs” for their happy citizens. I mean that, or maybe somebody over at “Chery” decided to play some kind of a sick joke and make an ugly car like the Daewoo Matiz even uglier. Then to top it all off, they decided to call it “QQ”.  Prices for the Chery QQ range between $4,000 to $7,000 while the less uglier sister, Daewoo Matiz, starts at $10,000. If I were you, I wouldn’t bother with either. 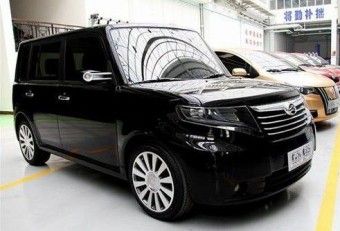 Out of all the cars here, I think the Great Wall Coolbear is the only knock-off car I would purchase over the original. First of all, the name is pretty catchy. Imagine all the fly hotties you can pick up by telling them you drive a “Coolbear”. I also think the Coolbear is a more refined version of the Scion xB in terms of the exterior. I haven’t seen the interior (and god only knows what the build quality is like),  but for around $5,000 to $8,000, the Coolbear looks pretty cool, at least for all outward appearances. For reference, the Scion xB starts in the $16,500 range.